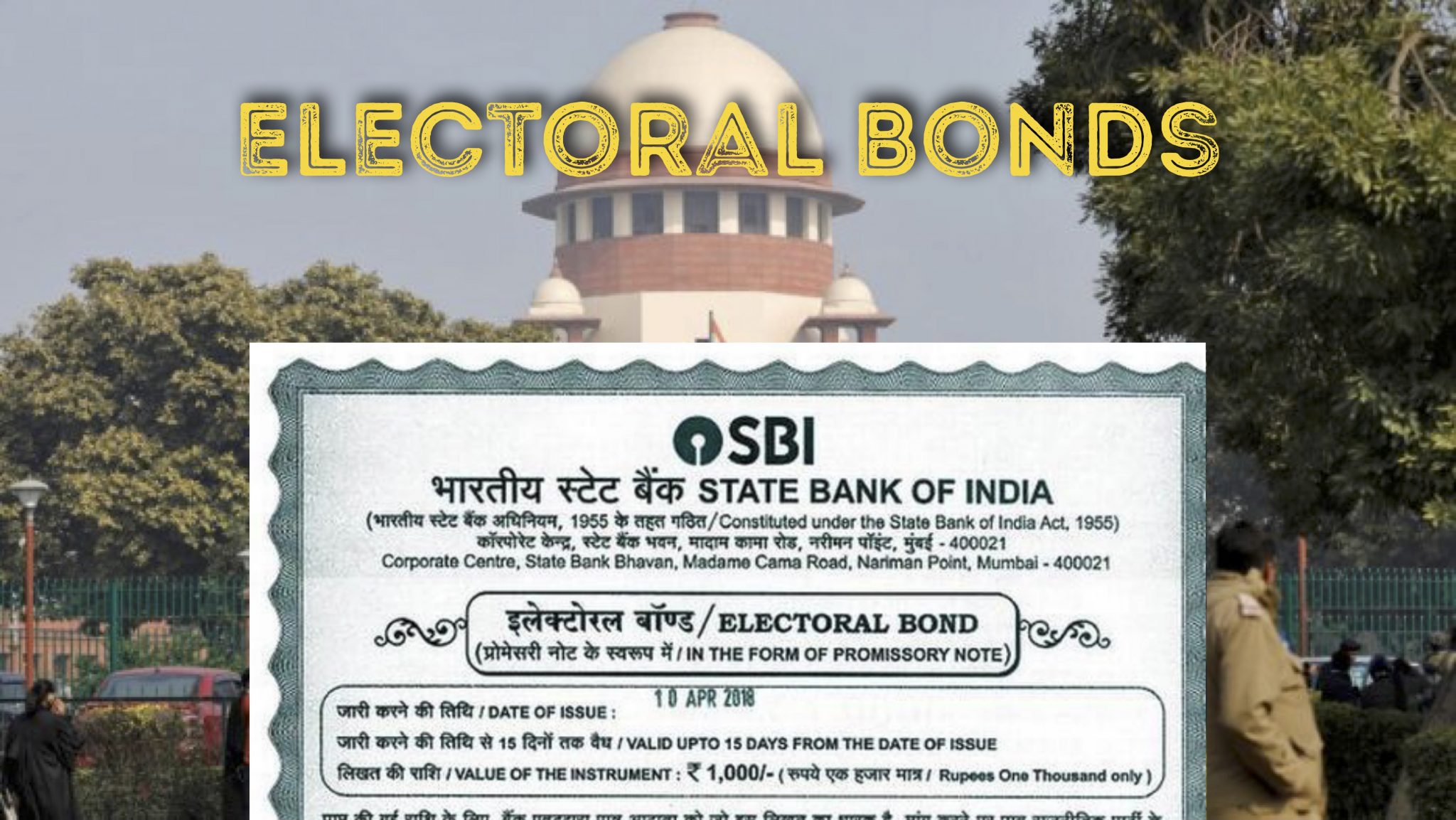 In the last five years Rs. 10,09,510 crores taken as loans by various companies from banks in India have been declared as Non Performing Assets, a euphemism for writing them off. Out of this State Bank of India alone wrote off Rs. 2,04,486 crores. Only about 13% of the total written-off amount was recovered.

The identity of the defaulting borrowers, most of whom are influential corporates, is not revealed. Compare this to the loans taken by farmers. The names of defaulting farmers are displayed on walls in Tehsil offices to shame them and some unlucky ones also land up in lock-ups there. On the contrary, a few corporate defaulters have fled the country and quite curiously the authorities didn’t seize their passports like they do with some dissenting intellectuals or activists booked under mostly false cases.

Now consider the donations received by political parties in the form of electoral bonds. The identity of the donor need not be revealed even to the election commission or income tax department. Bhartiya Janata Party has received a total of Rs. 4,028 crores since the scheme was introduced in 2018 till the end of the financial year 2020-21, which is 63% of its total income and 92% of its income from unknown sources. Congress Party has received Rs. 731 crores in the form of electoral bonds in the same period, which gives an idea of why it is not so much against this opaque system of donations. So far Rs. 10,791.47 crores worth of electoral bonds has been sold by SBI. Till the end of financial year 202-21, BJP’s share in income from electoral bonds received by all national political parties was 80% and was 65% of the income of all national and regional parties. Quite clearly BJP is the biggest beneficiary of the opaque donations through electoral bonds and it is receiving almost two-thirds of its donations through this means.

Could there be a relation between keeping the identity of companies whose loans are written off concealed and not disclosing the names of companies making donations through electoral bonds? In reply to a Right to Information query by (retd.) Commodore Lokesh Batra it is revealed that 93.67% of electoral bonds sold were of denomination Rs. 1 crore, the biggest available. Hence most probably it is the big corporates, quite a few of them could be multinational ones, who are buying these and it points to a deep corporate-political party nexus which is bad for policy making in the interest of the common people of this country, specifically, and for the democracy, in general.

The suspicion arises as unlike before when companies could only give up to 7.5% of their average profit over the last three years as political donations, since 2018 when the electoral bond system was introduced this restriction has been removed. This implies that even loss-making companies can now make political donations. A company whose loans are being written off is most likely a loss-making company, a possible reason why it cannot repay the amount borrowed. Is it possible that some of the loans taken from banks are being routed to political parties as donations and then these loans are being written off in a quid pro quo arrangement? We will never know this because of the opaque nature of the functioning of the system which has got itself immunity from the RTI regime as well. The electoral bond system, as well as the declaration of the NPAs system, stand in stark contrast to the spirit of transparency being sought to be brought into the governance system of this country since 2005 as part of the RTI Act. Without the help of RTI corporate-political party nexus can never be exposed. This explains another anomaly introduced in the system – the RTI Act has been made toothless by an amendment in 2019. Otherwise, during the United Progressive Alliance government, Central Information Commission had even passed an order for the political parties to reveal details about their donations under the Act.

It is an open secret, in spite of the opaque system, that Gautam Adani has been the biggest beneficiary of the National Democratic Alliance government.

Even Narendra Modi doesn’t make an attempt to hide this. As Chief Minister of Gujarat when he flew to New Delhi to take oath as Prime Minister of the country he chose to use Adani’s aircraft. Adani, who was not much known outside Gujarat before Modi’s ascension to power at the center is now the second richest man in the world. For the first time, a PM’s photo has appeared in advertisements of private companies like Reliance Jio and Paytm. Narendra Modi also inaugurated the private hospital of Mukesh Ambani in Mumbai in 2014. The Union government approved grants of Rs. 3000 crores and Rs. 1500 crores to Adar Poonawalla’s company and Bharat Biotech, the two chosen ones, for Covid-19 vaccine production. Hence it is only a matter of conjecture who the biggest electoral bond donors to BJP would be.

On the other hand, even though he would like to project himself as a mendicant, Narendra Modi’s opulence is visible. People don’t miss the number of times he changes his dress during the course of a day. Each of them is designed to give a fashion statement. The costly coat that wore in 2015 with his name inscribed all over fetched Rs. 1.21 crores in the auction. He may declare himself to be an honest man like Dr. Manmohan Singh, with no personal wealth in his name, but unlike the former PM, how do we know that the assets being created by his good friend Adani are not ‘Benami?’