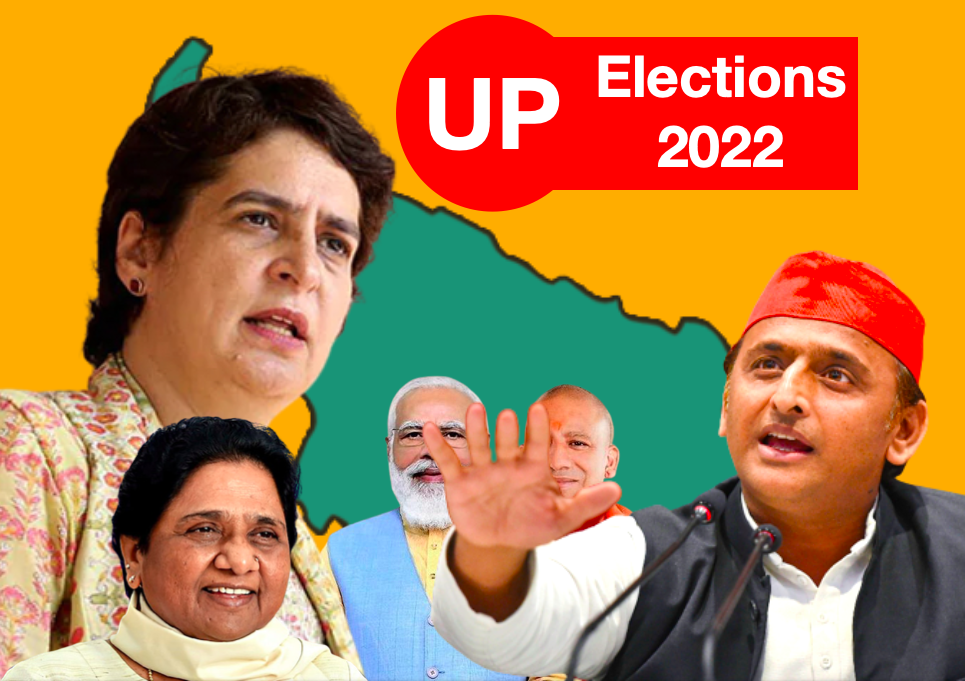 UP Assembly Elections 2022: Where is it going after 2 Phases of polling?

The ongoing Uttar Pradesh Assembly Elections 2022 are in the interesting condition where the ruling BJP is claiming to return to power on his good work, however, the ground situation is different from their claims. Akhilesh Yadav led Samajwadi Party seems to be leading in the first 2 Phases of polling in western UP. BJP claims that they will make a come back in the later phase of elections but issues of the general public are far more serious than BJP’s claims. Anand Vardhan Singh counts a few deeds of BJP while in power and people should or shouldn’t vote for BJP.

Senior journalist Prof. Abhay Dubey, former Professor at CSDS, New Delhi, and now with Dr. Bhim Rao Ambedkar University about the ongoing Uttar Pradesh Assembly Elections 2022 in which they discuss the scenario after 1st Phase of Polling in UP Polls 2022. In the 2017 Assembly Elections BJP has swept this region where it got 53 Assembly Seats out of 58 Seats. But this time the wave is Anti-BJP and the Samajwadi Party and Rashtriya Lok Dal SP-RLD alliance have an advantage. Chief Minister Yogi Adityanath is facing anti-incumbency and this is mainly because of farmers’ protests against 3 Central Agri Farm Laws which were brought by Narendra Modi Government. It is apparent that BJP’s tactics to polarise in the name of Hindu-Muslim is not working and Jat and Muslim voters are coming along to defeat BJP. BSP has also got a stronghold in this region which may also become a reason to substantial dent of BJP.

Hijab Controversy in Karnataka where female students were stopped entering college with Hijab on. 2 Days a Muslim girl wearing Hijab entered her college and several Hindu demonstrators heckled her chanting Jai Shri Ram while the girl replied to them by shouting Allah Hu Akbar. As the controversy arose, the matter has been taken to the High Court of Karnataka where a larger bench of Judges is hearing the matter. Anand Vardhan Singh explains the whole matter and he also talks about the bail granted to the son of Union Minister Ajay Mishra alias Teni, Ashish Mishra alias Monu in the Lakhimpur Case where he allegedly moved over his Thar on the innocent farmers who were returning from a peaceful protest. He also talks about Prime Minister Narendra Modi’s interview with ANI in which he gave an election-like speech despite the model code of conduct in force.

the BJP Manifesto, popularly called Lok Kalyan Sankalp Patra for UP Assembly Elections 2022 in which it has made some vague promises. BJP has made promises like 200 Buses, doubling the State GDP of UP, creation of job opportunities, free bus rides for women above 60 years of age, etc. Few promises are made on communal lines like Live Jihad or free LPG Cylinders on Holi and Diwali which shows that BJP has released a manifesto on communal lines.

While Akhilesh Yadav has released Samajwadi Party’s manifesto which is more concrete and quantifiable. SP has promised free electricity up to 300 units and Urban Employment Guarantee Scheme just like MNREGA. While Akhilesh Yadav’s announcement of bringing back the old pension scheme might prove to be a trump card in UP Assembly Polls 2022 and BJP Manifesto seems to be a sheer communal Jumla.