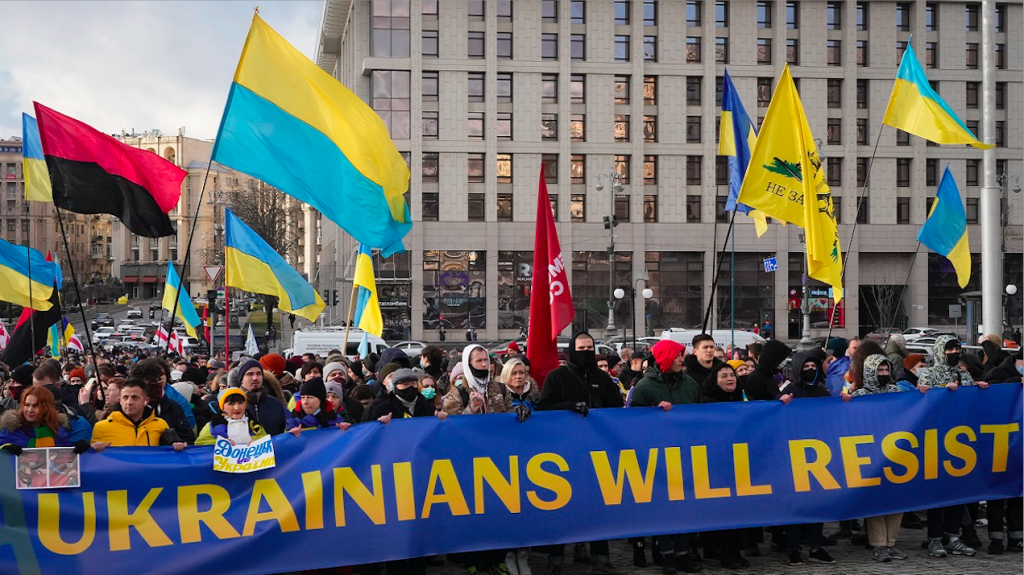 The wicked witch of Wall Street waved her ursine broomstick over the global financial market in mid-November and all hell broke loose on the US equity indices. The Nasdaq was slammed by 18% at its recent 13,350 low and has broken its 200-day moving average and dozens of its high multiple components are down 30, 40, and even 50% from their highs.

The S&P 500 index has lost 8% since its early January high and small caps, recent IPOs, and cryptocurrencies have been crushed in the risk of tsunami, thanks to Putin’s Ukraine Anschluss and a dismal 7.5% Jan annualized CPI. Angst in the stock market has swung from greed to fear now that the Volatility index has spiked to 29 and Brent crude traded at 95 this morning in Singapore.

Sergei Lavrov’s comments do not convince me that a diplomatic rapprochement to the Ukraine crisis is imminent. In fact, a lifetime of reading Tolstoy, Dostoevsky, Pasternak, and Gogol has only convinced me that the arc of Russian history does not tilt towards justice, that the demons of war invariably strangles the angels of peace.

Yet it is undeniable that the stock market now offers an incredibly bullish risk/reward calculus in selected companies, sectors, and industries with both growth and pricing power. Even the S&P 500 index now trades at a 19.4X multiple and is no longer hostage to the narrow breadth of its FAANG+MSFT mega-cap generals, unlike last summer.

The seven-year high in crude oil prices is nirvana for both the Seven Sisters and the Permian Basin shale oil drillers like Devon, Oxy, and EOG. The geopolitics and mining economics of the green energy/EV revolution also leads me to Dr. Copper and thus Freeport McMoRan. The steeper yield curve amid accelerating loan growth is a compelling argument for US regional banks, especially those that are takeover bait in the Sunbelt states.

The world is desperately short of inflation hedges and geopolitical hedges, which lead me to believe that a commodity supercycle is an embryonic theme despite a stronger US dollar and the Conradian heart of darkness in vast swathes of the emerging markets constellation. Lagging commodities that benefit from Tsar Putin’s antics? Auric and Argentum.

Given the horror show on Wall Street, it is nice to see Brazil up 19% in 2022 on its tracker EWZ, while the Morgan Stanley EM index is in the doghouse. The case for Brazil was anchored by the 7% rise in the real and the Sao Paulo Bovespa’s value-centric sectors. In any case, Brazil’s bear market long preceded the bloodbath on Wall Street and thus created a number of bombed-out value beauties.

It is ironic that Brazil’s stock market only popped 20% after the central bank in Brasilia raised its benchmark Salic rate by 800 basis points in response to an inflation surge in a country whose hyper-inflationary past I personally experienced on a memorable trip to Rio de Janeiro in the 1990s.

So will the endgame of the Fed rate hikes in 2022 be a major bull-run in the US stock market? Time will tell.