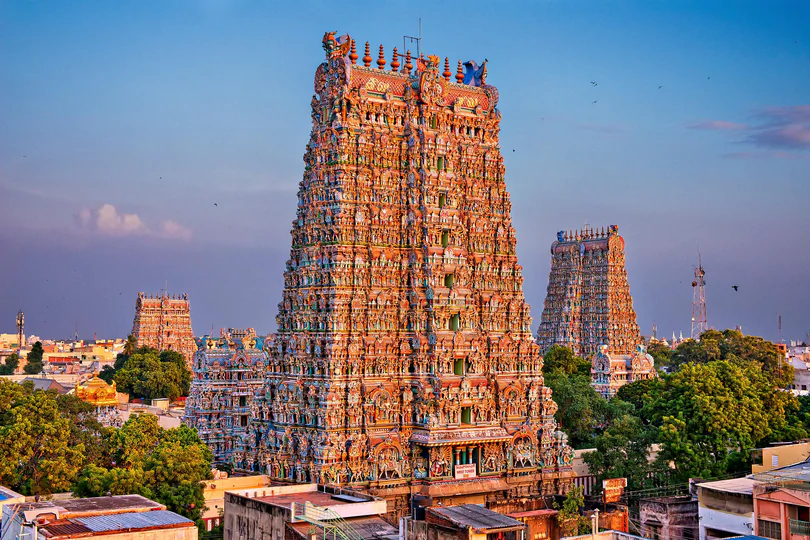 This week’s newsmaker is definitely poor old Nara Chandra Babu Naidu. He was not allowed to enter Tirupati town when he arrived at Renigunta Airport on March 1, 2021. The reason given by the administration was that since the model code of conduct was enforced, no political activity could be undertaken by the political parties.

Naidu was on his way to the to join a Telugu Desam party protest against the ‘pressure tactics’ being adopted by the ruling YSR Congress. According to the Indian Express, the Tirupati Municipal Corporation officials allegedly ransacked a tea stall belonging to a TDP leader. The wife of the tea stall owner is contesting in the March 10 municipal elections. The current scene of action is the temple town of Tirupati where Municipal elections are finally being held after a gap of almost two decades. The last election to Tirupati Municipal Council (now a Corporation) were held in 2002 and the five-year term ended in 2007.

Amit Shah’s Tirupati visit
Why is Tirupati becoming a political battle ground – that too deserving the attention of the Union Home Minister? The model code notwithstanding, Amit Shah is likely to visit Tirupati on March 4th and 5th. Surely, the municipal elections alone cannot be the reason. BJP leadership is more interested to upcoming Lok Sabha bye-election for the Tirupati Lok Sabha constituency. The seat fell vacant after Balli Durga Prasad Rao died last September due to complications arising out of COVID-19 infection.
The BJP is over anxious to open its account in Andhra Pradesh. In the 2019 General Elections, YSR Congress won 22 of the 25 seats, the remaining 3 seats going to the Telugu Desam Party. Both the TDP and the BJP see this election as an opportunity to strengthen themselves in Andhra Pradesh. But the real twist comes that BJP is seeking support from Pawan Kalyan who had founded the Jana Sena Party in 2014. In the 2019 assembly elections, Jana Sena Party had contested in 137 constituencies out of the 175 assembly seats. The party could win only 1 seat with Pawan Kalyan himself losing from both of the constituencies where he contested. The party could manage only 7% vote share.
It is quite intriguing that BJP is trying to woo Pawan Kalyan who still has very little following in the state. Pawan had met Amit Shah in February 9, 2021 to raise the issues related to the privatization of Vizag Steel Plant. Meeting a person twice in a less than a month, Amit Shah must be having some strategy in mind. Next few days are going to be interesting. Pawan Kalyan is the younger brother of film star Chiranjeevi.

VK Sasikala threw a bomb in Tamil Nadu Politics. After serving a four-year prison sentence on dis-appropriate assets case, and coming out of the jail with great fanfare she decides to quit politics.

And where does that leave poor nephew TTV Dinakaran? The move has been welcomes by BJP through a statement made by Tamil Nadu State BJP President Dr. L. Murugan. Probably, TN Chief Minister EK Palaniswamy is also breathing a sigh relief.
Another developing story to watch out for.

Nirmala Sitharaman Takes on Kerala Government
A recent statement made by Union Finance Minister Ms Nirmala Sitharam – “Kerala, which was once famed as “God’s own country”, has become fundamentalists’ own country”. According to The Hindu, she was speaking at Tripunithura in connection with the Vijay Yathra organised by BJP State president K. Surendran. Ms Sitharaman also criticized the way the state budget has been allotted to one government institution (Kerala Infrastructure Investment Fund Board – KIIFB).
“I don’t know what budget making is this when all the money is given to one KIIFB. What is this organisation? We also make a budget in the union government. We don’t give all money to one particular agency and say, ‘we’ll see’,” she had said during her party’s public meeting at Kochi, according to a report published in Indian Express.

Kerala Finance Minister TM Thomas Isaac took strong objection to her statement stating that the Minister had “no understanding”. In a Facebook post Isaac stated rather strongly –

“What she said about KIIFB and the state budget is utter foolishness. Her words prove that she has not only failed to do her homework, but she also has no understanding of the issues mentioned. The Union Finance Minister must not feel offended if I say, ‘Shame on you’.

As a first edition, I want to leave you with some captivating images of a railway station in the Nilgiri Hills of Kerala. You can read more in my blog –

The Shoranur-Nilambur railway line was laid by the British in 1921 to transport teak wood and rosewood from Ooty in Tamil Nadu. The English felled hundreds of teak trees during World War II and took away portions of the line when they had a shortage of steel. The line was restored by Indian Railways in 1954. Melattur railway station is a minor railway station serving the town of Melattur in the Malappuram District of Kerala. It lies on scenic Nilambur – Shoranur Line of Palakkad Division, Southern Railways. The Nilambur–Shoranur railway line is a branch line of the Southern Railway Zone in Kerala state and one of the shortest broad gauge railway lines in India. It is a single line with 66 kilometers length running from Shoranur Junction (in Palakkad district) to Nilambur Railway Station (in Malappuram district). This station is 4 km from the town of Nilambur on the Kozhikode–Ooty highway. (Source – Wikipedia). The station has a thick population of Gulmohar (Royal Poinciana) trees which are popular for its dark green foliage and scarlet red flowers. These trees bloom in summer and they shed flowers during the subsequent pre-monsoon season. What a treat to see these flowers spread all over the station, amidst olive green foliage and cloudy skies. Here are some of the photographs taken by Indiarailinfo.