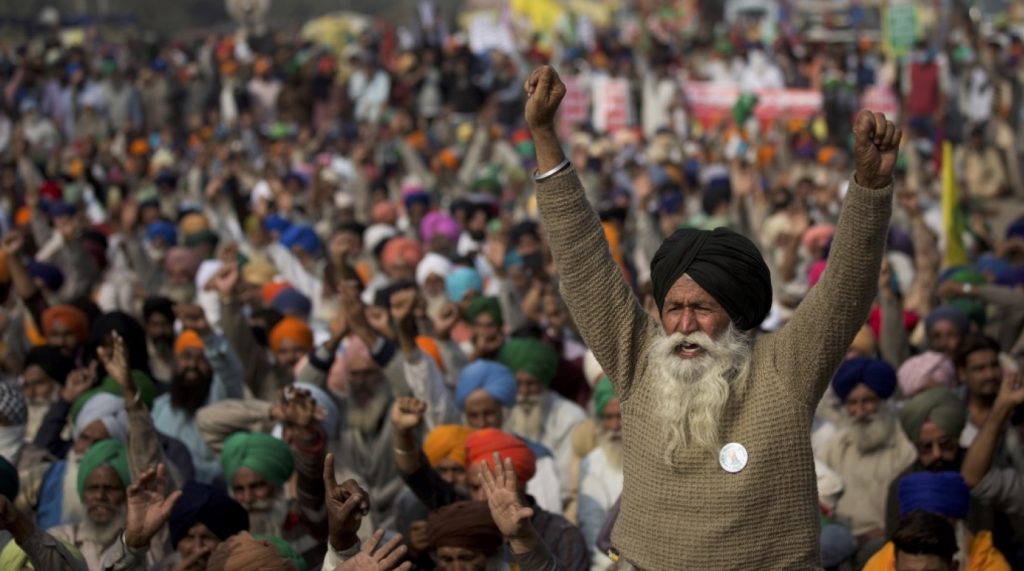 FARMERS’ MOVEMENT: THE MORAL STRENGTH OF STRUGGLE AND SERVICE

The Bhartiya Janata Party and its historical ideological parent Rashtriya Swayamsewak Sangh have used religion in manipulating the sentiments of the masses to gain political mileage, strengthening its grassroots presence as well as skyrocketing its electoral mandate. A mosque was demolished a few decades ago to mobilize the Hindu votes in the name of building a temple at the same exact spot. The perpetrators walked away with impunity while the police appeared to look the other way when thousands were killed and left homeless in its aftermath. Under this Hindu Nationalist administration, the cow has been accoladed a political significance and used as an instrument to polarize public opinion leading to a series of cold and dreaded mob lynchings across the country. Any intellectual, artist, journalist or even a student, anyone who has dared to question these Hindutva vigilantes through their work and advocacy are either put behind bars or murdered in broad daylight. Anybody holding a differing viewpoint was and continues to be branded anti-national or a Naxalite. Using the national interest narrative, the Indian government has been silencing any form of remonstration and dissent comes at a very high cost in India. Under the shield of this toxic communal politics the government so far got away with a number of unpopular and brazen decisions like making and enabling electoral funding by private corporations opaque and removing any ceiling on donations, demonetization, implementation of Goods and Services Tax, repeal of Articles 370 and 35A from Jammu and Kashmir, passage of Citizenship Amendment Act and instituting National Register of Citizens exercise, totally dampening down the labour laws, diluting Environment Impact Assessment regime, without any significant challenge except on the CAA/NRC where coronavirus came to government’s rescue. This democratic alienation that our government seems to have grown very fond of increases the distance between the people and the decision makers. The government thought that it could also road-roll three laws pertaining to farmers likewise but got a surprise in the form of a rock solid resistance from Punjab and Haryana farmers.

The Sikh community has been at the forefront of the struggle at all the protest sites surrounding Delhi from all corners, whether in Haryana, Rajasthan or Uttar Pradesh. Their religious ethos of langar (free meals), sewa (service), charhdi kala (high spirits) and hakk (right/dignity) have been deeply imbibed and resonate in every space of the ongoing protest. The farmers and their families have been there for almost 2 months in harsh cold conditions but their firm resolution to stand against this tyrannical government doesn’t seem to be slowing down rather seems to be getting stronger with each passing day. The Sikh community has ensured that anybody coming to participate in protests will not face any inconvenience of any sort. The trolleys and tractors are parked in a very organized manner on highways, and they ensure that it does not disrupt the movement of the passing vehicles. The Punjabi youth and women have been playing a very key role in keeping the protest organized such that even despite the large number of protestors that keep joining everyday, it looks like a new village that has sprung up altogether than a protest site. Langar, one of the most unique characteristic of Sikh religion and a hallmark of their faith makes them stand out from the rest of the world. The practice of langar, and community kitchen is the most humanitarian deed there can be perhaps as it thrives on the principles of equality according dignity to all since it symbolizes ‘sharing’ and not charity.

The Sikh community has utilized the positive emotion or energy of their religion to relentlessly support a political cause of farmers’ rights which is not just a matter of economic rights but these laws jeopardizing the dignity of living and livelihood of farmers as well as everyone associated with this sector at the grassroot level. They have the moral strength and zeal to take on the Indian government as they are determined to get the anti-farmer laws repealed and there is no question of retreating back. The ruling dispensation on the other hand has used sophistry, manipulation, misappropriation of narrative, illusion of a false sense of pride in an abstruse idea of nationalism which may not stand them in good stead.

The seismic waves of protests have to a large extent also eroded the credibility of the government as it was busy trying in every which way it could, to discredit the thrust of the protest and delegitimize it by calling it ‘anti-national’. It has exposed the vulnerability of the ruling alliance that churns out facts that dispel the truth. As the government dithers in taking a decision on the farm laws it is increasingly becoming abundantly clear that it is serving the interests of its corporate sponsors. Graphic posters at the protest site keep depicting how Narendra Modi is controlled by Adani and Ambani and how the Prime Minister at the behest of his capitalist masters further controls the media houses, throttling free speech and dissent in many ways. It is very clear that all three laws in question are aimed at serving the corporate interests in totality. In spite of the best and concerted efforts of the government in trying to question the motive of protestors, its own intent and vision pertaining to the laws is now considered to be dubious carrying multiple designs.

The Hindutva brigade which is quick to ascribe motives to people who oppose its agenda is at a total loss to even comment on posters like ‘Non-Resident Indians for Farmers,’ ‘We are not terrorists but farmers’ or the active participation of bodies like Khalsa Aid and British Sikh Council in facilitating the protests or the presence of martial Nihang Sikhs who have taken upon themselves to form the first line of defense at the Singhu border. They are there willing to sacrifice themselves at any given point of time for the cause of farmers. Even Muslim farmers from Maler Kotla have set up a langar to offer solidarity. The spirit of service, a unique feature of this protest, has overcome all political propaganda unleashed at the protestors or attempts to divide them by employing various tactics invoking the bogey of communalism, terrorism, foreign hand, etc., but no charges seem to stick. The government, whose morality is hollowed out by corruption, politics of divide and polarization will not be able to face the truth that resides in the hearts of committed protestors. None of the tools employed by it to browbeat its dissenters seem to be working at this time as the protestors have successfully fought back to counter those wishing to taint the movement with cogent analysis of the consequences of the laws.

Almost two months of dialogue process has not yielded a result because the Ministers engaged in dialogue on behalf of the government are probably not empowered to take a decision on their own. Amit Shah could have taken a decision in consultation with the Prime Minister, but farmers refused to dialogue with him rightly pointing out that farmers’ problem cannot be viewed as a law and order problem alone. Narendra Modi himself will never engage in dialogue as became clear during the 112 days of fatal fast of Swami Gyan Swaroop Sanand, earlier known as Professor G.D. Agrawal, in 2018 at Haridwar demanding a law for conservation of Ganga. Modi didn’t respond to four letters written to him by Swami Sanand but was quick to send a condolence message after his death. Death of hundred farmers during the movement will not move him if he didn’t care for the life of an eminent saint-scientist-environmentalist on an issue which was apparently close to his hear. Hence the dialogue process is doomed. We can only hope that the struggle of these farmers will triumph soon one day. 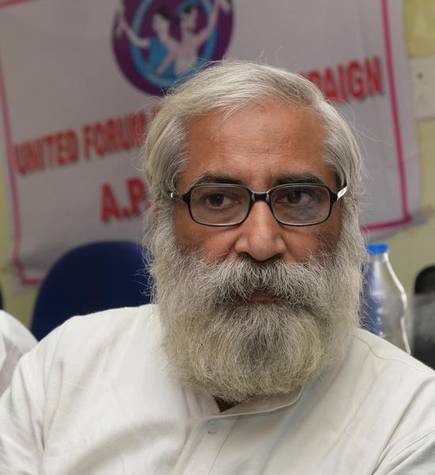