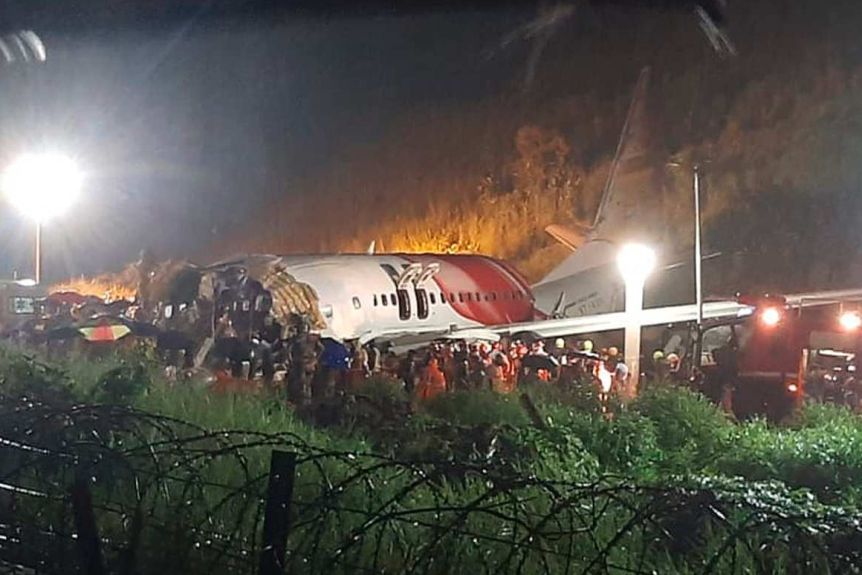 Kozhikode Air India Crash: Where is the Preliminary Report of the Crash of Flight IX-1344?

On August 7, Air India Express flight IX-1344 from Dubai to Kozhikode (Calicut), India suffered a runway excursion while landing at the airport. There were one hundred and eighty-four (184) passengers and six crew members on board. Eighteen (18) casualties were reported which included both Pilots of the ill-fated plane. The pilot-in-command was Captain Deepak Sathe, and his co-pilot was Akhilesh Kumar. Six weeks have passed and there is no further news of the accident.

The Air India Express, a wholly-owned subsidiary of Air India, has a fleet of twenty-five (25) B-737-800 aircraft. The aircraft involved in the accident was registered in India as VT-AXH, a thirteen (13) year old Boeing 737-800 aircraft running on two CFMI CFM56-7B27 engines. While landing on runway 10 (One Zero) from the east, the B737 overshot the runway and broke into two as it slid down into a valley. The Pilot had circled the airport twice before attempting to land in heavy rain.

According to Outlook Web Media, the Flight Data Recorder (FDR) was recovered the very next day. The Cockpit Voice Recorder (CVR) was also recovered later in the day on August 8 cutting by through the floor panels.

As per these guidelines, multiple International Agencies are involved in the investigation, more notably –

c)         The State of Occurrence (Kerala State, Government of India)

e)         State of Manufacturer (the USA through National Transport Safety Board)

Therefore, ICAO is involved in the investigation. Further, clause 4.1 states that “The State of Occurrence shall forward a notification of an accident or serious incident with a minimum of delay and by the most suitable and quickest means available to them.”

These guidelines were followed, and Ministry of Civil aviation confirmed informing NTSB, Boeing and ICAO of the incident. Confirming the development, AAIB said, “NTSB has appointed Accredited Representative and Technical Advisors to assist in the investigation as per ICAO Annex 13 protocol. The investigating team is coordinating with the Accredited Representative/Technical Advisers appointed by NTSB. As and when the investigating team requires any assistance, the same will be intimated to them.”

In accordance with the International Civil Aviation Organisation (ICAO) Standards and Recommended Practices and to provide independence of investigation function from the regulatory function, Government of India set up the Aircraft Accident Investigation Bureau. This Bureau came into operations with effect from July 5, 2012.

As per clause 7.4 of Annexure 13 related to the timeline for dispatch (of the preliminary report) –

“The Preliminary Report shall be sent by facsimile, e-mail, or airmail within thirty days of the date of the accident unless the Accident/Incident Data Report has been sent by that time. When matters directly affecting safety are involved, it shall be sent as soon as the information is available and by the most suitable and quickest means available.”

It is well past the thirty-day limit, and we have not yet heard of the preliminary report from AAIB.

It may be recalled that on May 22, Pakistan International Airlines (PIA) flight PK303 crashed into a residential area and burst into flames while attempting to land at Karachi’s Jinnah International Airport. Pakistan’s Aircraft Accident Investigation Board (AAIB) released the preliminary report about the crash of the flight on June 24. The contents of the cockpit voice recorder were also placed in the public domain.

The silence on the part of DGCA and the Ministry of Civil Aviation is quite surprising. The families of the 18 people who lost their lives have a right to know what happened on that fateful evening. It is more than six weeks and not a single statement from the authorities. Can AAIB explain this delay?