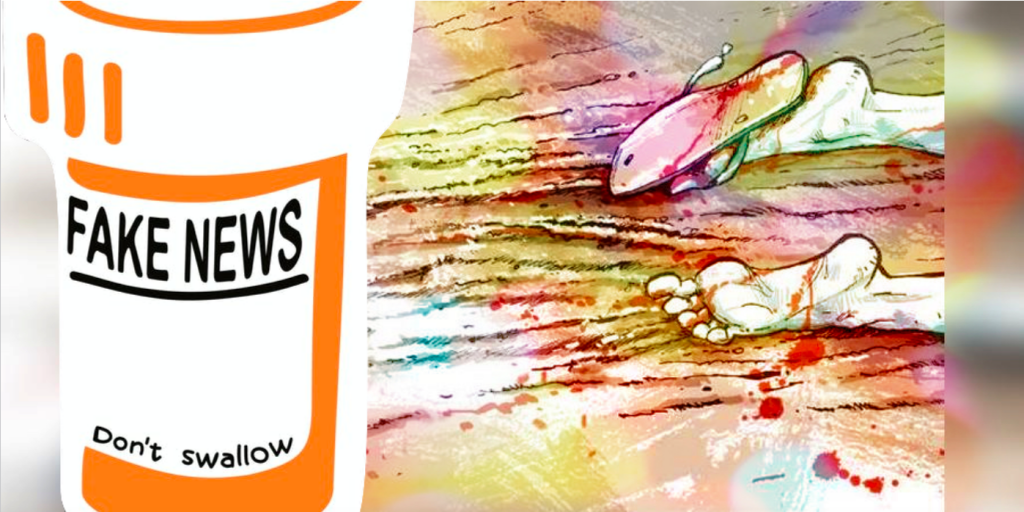 Digital Polarisation and the Religion of Profit

Lately, the sentiment around the religion in our country is undergoing transformation, religion has become a marker of character. Earlier this thinking was limited to a very small section of society but now the politics of majoritarianism has taken over. It has influenced the government, administration, police, judiciary and the media. By conflating majority Hindu religion with nationalism the problem has been further compounded. So much so that every wrong, such as violence done in the name of religion, is sought to be justified. On the other hand Muslim citizens become a suspect in the eye of system. Innocent Muslims as well as those who are critical of the Hindutva ideology are falsely implicated in legal cases because they are viewed as anti-nationals. Laws like sedition, Unlawful Activities Prevention Act and National Security Act are invoked so that the accused have to spend years in jail without trial and bail. In Uttar Pradesh, where the police have failed to control the law and order situation, out of 139 cases registered under NSA, 76 are related to cow slaughter. It shows the misplaced priorities of and the abuse of police to achieve its political agenda by the Bharatiya Janata Party government which is being played up by the media of our country. People are using digital platform to incite hate and anger, sadly there is no control over it. This politics of communalism is creating mistrust among the communities as never before and has led to many dreadful events, taking a heavy toll on social fabric of this country.

We live in a society with over 3,000 castes and over 10 major faiths. Yet a kid won’t know when he will call his friends for gully cricket their faith or caste but as they grow society molds our thinking. Our syncretic culture has an inbuilt tolerance. People of different religions and castes have learnt to live together over generations respecting each other’s views and often go out of their way to help each other. For every communal incident we also hear stories of how Hindus saved Muslims and vice versa. But unfortunately politics of communalism is polarizing the society resulting in mental ghettoisation.

Mob lynching incidents, which initially targeted Muslims and Dalits, are now on the rise as people are emboldened to take law into their hands even in other matters. Pure human emotions like love have not been spared. Love jihad is used as a pretext to hound inter-religious couples, just as inter-caste couple are persecuted. The jihad concept was extended to COVID-19 crisis accusing Muslims of spreading the virus. And now one channel has come out with a story that Muslims are infiltrating the civil services. Sachar Committee report tells us that Muslims are under-represented in service sector in proportion to their population essentially because education levels among the community are comparatively lower, but that is how the media is distorting the reality, implications of which are very dangerous for the well being of our society.

Our morality has been numbed by this communal-patriarchal-casteist thinking that our conscience is not pricked by even the cruelest acts. When a barber Ikhlaq from Uttar Pradesh went to Haryana in search of work his right hand which had a ‘786’ tatoo on it was amputated by a saw machine. 786 has religious significance in Islam just as ‘Om’ in Hinduism. It has nothing provocative about it, yet Ikhlaq has been permanently disabled to pursue his vocation for livelihood. Slogans like Jai Shree Ram and Allah-O-Akbar have become war cries defeating the whole purpose of religion. What purpose this hate campaign can serve except to create long lasting fissures in society?

When Wall Street Journal recently carried a story on how Facebook deliberately allowed hate speech content by some BJP leaders including T. Raja Singh to keep the government in good humour, even though it played a role in instigating communal riots, it has sparked a debate on free speech. Ultimately Raja Singh’s content was removed but a number of BJP leaders including the Law Minister Ravi Shankar Prasad objected to the curb on right to freedom of expression of their colleagues. Does the right to free speech give one a right to endanger somebody’s life? It is interesting that BJP leaders advocate for their freedom of speech but anybody else found to be crtical of their government or leaders or even past Hindutva leaders are likely to be booked by the police. Recently UP police went all the way to Odisha to arrest a Muslim youth who made some adverse comments about Yogi Adityanath and Narendra Modi on social media. And now the UP government is creating a Special Security Force with a power to search and arrest without warrant. We can very well imagine who the likely victims will be.

Media, with some exception, has readily propagated the right wing ideology either to curry favour from government or under duress. The manipulation by the media channels, trying to feed the negativity to serve their rating, has been damaging to our society. The social media platforms have spread fake news sometimes resulting in violent incidents. Hatred and stupidity are on brazen display on these platforms. Innocence of human beings has been replaced by cunningness.

During the time of pandemic when people are mostly at homes the news channels have stooped to a new low in indulging in sensationalism. Journalism is losing its essence, it’s no longer about issues but it has taken the role of judging people’s character. To ensure that no hard questions are asked about its inept handling of the crisis at border created by China, the BJP has invented enemies like Rhea Chakraborty and Shiv Sena so that energies of its supporters are directed internally. Nobody is interested in the real question of how drugs make it to our society with the collusion of authorities. Meanwhile, the BJP is unashamedly using Sushant Singh Rajput’s issue as an election issue in Bihar diverting the attention from the misery of migrant workers who are facing a dual crisis due to floods. The media is simply lapping it all up.

We have to ask some serious questions. How is the national politics and media relevant to a child who sleeps without food at night because there is unemployment? Is poverty no longer an issue in a country with most number and proportion of poor in the world? Where is the conscience of media which is required to play the role of fourth pillar of democracy?  With unemployment going up the information broadcasters are earning enough money to feed gossip but will they be able to feed an empty stomach of a family whose lives have been devastated by the lockdown? What we see or listen we tend to believe, that’s the power we have given to the TV channels and they are abusing the power of information. An uneducated man or a villager is not interested in the Bollywood. The journalism in our country is dying and the people are enjoying the funeral because they are getting their daily soap fun. Journalism means research and showing the truth, posting the current events and not twisting a person’s mind with false fancy information.

It’s no secret how the elections of 2014 and 2019 were influenced with the power of technology. The feed on our Facebook and other platforms are customized menu offered to us, the fashion videos or the food videos are not randomly there on your feed.  Sure, it is easy to just be glued to your phone and watch or get served what you ordered thereafter the rest of the menu follows without you searching for it. The extensive reach of the platforms has posed a danger to our society as whole. Since the feed for each individual is customized the opinion of a person is shaped accordingly but the downside is the race for attention of the masses and the electronic media is the most aggressive player in the game. Electronic media in India is more of drama than actual journalism. As a human mind is more prone to sensationalism, the advantage is being taken by the electronic media. The real issues like the falling GDP, the situation of migrant workers, farmers’ misery all fade vis-a-vis the suicide of a Bollywood actor, Shiv Sena leader equating demolition of Kangana Ranaut’s office to Babri Masjid’s or the politics of Hindu Muslim binary. People get carried away as they are being fed the drama and tend to forget about the actual problems, this has created polarization to a great extent in India. People hate each other for their ideology, even in families there is polarization among the kids and their parents because the kids are critical of the Government.

Is that the world one wants to live in? Where we have differences among our family members? Hate boiling in our blood for our ideology? Use of religion or caste to demean others?The external threat faced by the country can be countered only by fostering equality, liberty, and most of all fraternity, amongst its citizens and not by playing the divisive politics internally.

Maybe it’s time to rethink our actions and conscience! Remember that Idea advertisement? Where people had no religion, no caste just their phone numbers as their identity. If people were more thoughtful there would be less hatred and violence and more love in our world.

Also Read: Who Will Clean The Deep Root of Indian Education System?