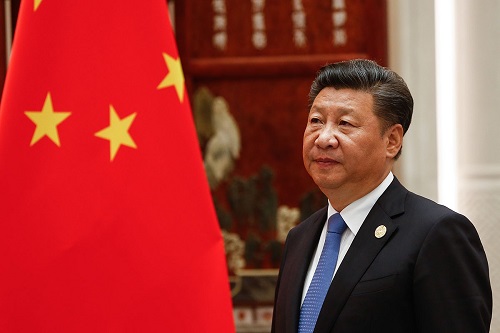 Indo-China Stand Off: A battle on China’s hands

Post India occupying dominating features along the LAC, China resorted to intense propaganda warfare, threatening India with war. The levels of propaganda kept rising with each passing day. The Global Times, accusing India of initiating firing, stated on 08 Sep, ‘the Indian army outrageously fired warning shots at Chinese border defence patrol personnel who were attempting to negotiate, which is a serious military provocation and very vile in nature.’

Colonel Zhang Shuili, spokesperson for the Western Theatre Command of the PLA stated, ‘We request the Indian side to immediately stop dangerous actions, immediately withdraw cross-line personnel, strictly restrain front-line troops, and strictly investigate and punish personnel who fired shots.’ This Chinese statement was released at 3 am, China time, displaying it was a desperate move and fake.

The Indian army refuted Chinese claims, stating, ‘In the instant case, it was China’s PLA troops who were attempting to close-in with one of our forward positions along the LAC and when dissuaded by own troops, PLA troops fired a few rounds in the air in an attempt to intimidate own troops.’ This game of claims and counter claims has just begun. Since India’s offensive actions, CCP controlled Chinese media has been on an overdrive warning India of dire consequences.

Most Chinese media compared the current scenario with 1962. The Global Times stated on 08 Sep, ‘China claimed victory in the 1962 war, which should be a lesson for India. Moreover, the military capability of the PLA is not what it used to be decades ago. Now, the PLA is a modern one with informatization capability, systematic combat capability and joint combat capability.’ Another article of the same day stated, ‘the PLA does not fire the first shot, but if the Indian army fires the first shot at the PLA, the consequence must be the annihilation of the Indian army on the spot. If Indian troops dare to escalate the conflict, more Indian troops will be wiped out.’

These comments appear on social media seeking to influence the Indian public, opposition politicians and peaceniks, hoping for pressure on the government to scale back and withdraw from locations, which have placed Chinese positions under threat. Currently, the only option open to China is launching assaults leading to high cost of Chinese lives.

There are many aspects which Chinese media will never mention as it would prove their propaganda fake. In 1962, India forces, lacking ammunition, winter clothing, artillery and air support, fought in isolated posts till the last man, last round, causing such high casualties that the Chinese were shocked and in cases had no resources to push operations ahead. These shortcomings no longer exist.

China will never mention Sept 1967 Nathu La and Cho La clashes, where it suffered heavy casualties and were forced to withdraw in defeat. Nor will they declare their high casualties at Galwan, despite internal pressure, which would be embarrassing. Nor will China mention the valour and experience of Indian forces assaulting dizzying heights of Kargil and Siachen successfully.

Watch the LIVE Debate on Indo-China Stand off

Another fact which the CCP controlled Chinese media will hide is that Chinese Han soldiers are at a major disadvantage in Ladakh. 60% of the Chinese army consists of conscripts recruited for a limited tenure from rural China. They join to gain benefits in future employment, not fighting wars. These soldiers can never survive the winters of Tibet and Ladakh. Historically, the PLA sends Chinese soldiers back to mainland China from Nov to Apr every year, leaving only locally recruited Border Defence Regiment and militia to patrol the LAC.

Expecting Han Chinese soldiers to stay back and survive winters, challenging a hardened Indian army, for whom such tenures are routine is almost impossible. It is for this reason that China is not desirous of dragging the current standoff into winters. India, on the other hand is in no rush to end the standoff, unless it concludes on its own terms. It has already begun preparing for a long haul.

Another factor is that in 1962, the PLA could accept casualties, as the nation was still to push through the one child norm, which commenced in 1979. Nor were there multiple media networks where casualty figures were demanded. The scenario is vastly different today. Each Chinese soldier, if a bachelor, has six adults, parents and grandparents, who have pampered him and would be devastated with his loss. If married, dependents only increase. Hence, China cannot accept body bags in a manner they did in the sixties. Despite all technology and high-end weapons, common to both sides, ultimately their soldiers would need to assault Indian defences. Further, China last fought a war with Vietnam in 1979, where it was forced to withdraw in shame.

Expecting soft, inexperienced and family dependent troops to assault a voluntary army, comprising of battle hardened, trained soldiers is expecting the moon. Releasing Kargil and Siachen videos, as part of counter propaganda warfare, would make Chinese realize the current Indian army. Chinese propaganda videos of exercise firing would pale in comparison to the accurate Indian firing during the Kargil war against the heights occupied by Pakistani troops.

The major problem in the ongoing propaganda game is that global social media sites are banned in China and their own are difficult to penetrate. Obtaining a gateway into these sites and pushing forth Indian forces’ capability could impact morale of Chinese public and forces, which are currently being fed one-sided inputs. This avenue must be explored and exploited.

Within India, many are influenced by writings in Chinese state- controlled media, which project topics determined by their CCP. On the other hand, India has no formal organization to counter propaganda projected by them. Unless this is done, Indians would never realise the truth and continue being influenced.
The Indian army, which has encountered Chinese soldiers through the years is aware of the soft Chinese soldier and hence is prepared to maintain its presence in difficult terrain through winters. The army also knows its capabilities and ability of its forces to withstand Chinese assaults.