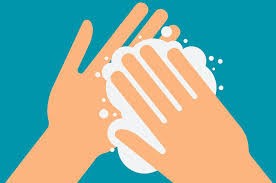 Washing Hands- Give soap a chance

Look for humour, for good things, for hope, for the silver lining, suggest the wise whatsapp forwards. I do not have to give it any thought. My silver lining is- everybody is washing hands. In these difficult times of dreaded COVID 19, which has taken hundreds of precious lives and affected millions in body and mind, the life-saving instruction is- Don’t wash your hands off washing your hands.

In a non- COVID situation I would have been shamelessly gleeful if on their own people started to wash hands, properly and often, with soap. Wow! Sadly, now they are being forced to learn it to stay healthy, to keep the virus at bay.

No, I am neither a doctor, nor a health worker, nor do I work for a soap/detergent company. But most of my life I have had a constant struggle with trying to convince or make sure that people, especially those around me whether employed or eager to help, wash hands before touching anything – food, utensils, water bottles, ice, refrigerator, clean clothes, babies or even me. They have felt as if they were doing me a big favour by giving in to my crazy whim of using soap too with water. It has caused a slight bitter aftertaste to the others, maybe soiling of my relations with them too, but then doesn’t everything fresh and clean come with a price tag?

Last year we went to the hospital to visit the newborn grandson of RJ, a close friend. (I understand it is safer to leave newborns alone but the fear of hurting the family’s sentiment took over.) As the baby was brought in from the nursery, a beaming RJ distributed cash to the staff around him as reward and then turned to dip his finger in the spoonful of honey to give the customary first lick to the newborn. (Doctors tell us honey can be dangerous to newborns as it might contain botulism spores, causing serious respiratory problems.) As a reflex I asked aapne haath dhoye (Did you wash your hands)? He said, “Yes”. I said, “Par aapne to note chhuye they. (But you touched the notes.) His wife, a deeply religious lady and who I am very fond of, with a hint of irritation in her voice said, “Us se kya hota hai, who to paise hain.” (How does that matter? That is money.) Forced by habit, I carried on, “Pata nahin kis kis ne chhuye they.” (We don’t know who had touched them before that.) Fortunately, his son, the baby’s father, stopped the conversation at that point, insisting that his father wash his hands before the ritual and I quietly slipped out of the room to escape the repercussions of the scene.

Ma was the inspiration

As a child, I saw my mother hundreds of thousands of times. She would stand at the kitchen sink with a bar of soap slowly rubbing her hands over it, turning it over and over under a thin stream of running water, then making a little balloon of foam, rubbing her hands and then the tap, before standing the bar under the water stream to wash it, placing it in the dish, again washed a couple of time daily, then washing the lather off her hands and the tap. She would then cup her hand, fill it with water, close the tap with one hand and pour the water on the other hand to wash that hand. Yes, you are right, the whole process took a few minutes. Anything one asked for, the common refrain was “Ma haath dho lengi, tab. (After Ma has washed hands).

Go to the bathroom, wash your hands and face with soap before going to bed, immediately after getting up as also after entering the house, were the habits I just followed and never questioned. Washing did not mean mere rinsing with water but right and proper with soap.

My father was a vet who treated dogs, cats, other small animals and birds. So every time he examined an animal, he would go and wash his hands. There was no competition between the two parents in the matter of washing hands because of course, Ma was the winner by several and needless to say, longer sessions.

Of course, my mother had taken her fetish to sublime levels. If a freshly washed garment fell on ground due to wind, or while taking it off the line, off it went to the laundry pile, to be washed again. Similar fate was assured for a clean utensil which slipped out of the hand and fell on the floor. To avoid that I became an expert in catching a utensil mid-air before it could land in a crash or removing clothes from the line without dropping them.

She had inherited this from her mother. My grandmother taught by French nuns in her school in Rangoon, trained us kids how to sit with our hands in our laps or in the folds of the shawl and not to touch anything unnecessarily.

As we grew up, the availability of 24- hour running water became a thing of the past in Chandigarh, and the supply was regulated. So a huge bucket washed early in the morning and filled with water, was kept near the sink for washing hands.

The preferred way was to ask another member of the family to pour the water but if you had to do it alone, there was a rule. The mug had to be hung inside the bucket with the handle outside so that by no mistake a drop of soapy water would fall in the water. Luckily, the Sintex days came but no doubt, the tank was also washed regularly and refilled.

And all this while, no fancy perfumed or cream bars, just Lifebuoy, with its famous carbolic soap USP. We were a frugal bunch, but when it came to Lifebuoy, it was bought in dozens. If there was one thing, which surely did not invite any reprimand, it was the excess use of soap.

Washing hands was something which came naturally in the family. Before starting homework, especially any drawing, picking up your knitting or embroidery, you washed hands, so that the work in progress was not soiled. You also washed hands after oiling or combing your hair or body, putting on or taking off socks and shoes, doing a household chore, working on experiments in gardening or touching our naughty Samoyed. The rigour was not followed by any hand lotion application. Clean hands meant clean and that is that. Believe me, I do not even remember the existence of hand lotions in my childhood. Charmis cream was the thing in our house but you do not touch anything with cream on hands, or do you? (It would attract dust.)

But now knowing of the WHO 20-second rule for washing hands with soap and water in 2020, I feel vindicated. Finally there is one thing I have doing right all my life after all.

So did they wash hands became my standard of hygiene while evaluating people. The earliest memory is my favourite aunt coming back from the market and immediately making balls of kneaded dough without washing her hands to help my mother make rotis. The look on my mother’s face is etched in my brain. For me, it was with great difficulty that I swallowed the roti that my friend made, after merely rinsing her hands with water, shaking the water droplets off her hands just as we came back from the tailor’s. And thousands of times, idle hands of people patting their hair, touching the inside or outside of their ears or nose, picking their teeth with their nails or cleaning the dandruff out of them, touching or playing with their pets, clapping mosquitoes to death, men scratching,.…. and then touching something else, yuk!

(In fact, the sad decision of not to keep a dog even though I love most breeds, is due to the cruel fact that I’d go crazy washing hands after touching it, feeding it, or playing with it.)

Maybe the habit of eating with hands does give more satisfaction. But why do people – (mostly) men take the namkeen from the bowl or the packet, or jhal muri from the cone in their hand first, before they aim it into their mouths. Hands are dusted on the sofa fabric. The cleaner ones might wipe them on a napkin or handkerchief. And then, they go about their usual business. Who washes hands after eating popcorn in the cinema or golgappe on the street? Everybody touches the notes, doors, railings, goods in the stores.

Ever seen anybody washing hands after touching currency notes, even if they look very soiled and stained? The valuable pieces of paper have passed the invaluable hands and thumbs touched with spit of people with respiratory, skin, oral, infections. Are they clean?

Have you ever been left with a burning sensation because somebody ate something with chillies in it with hand or smoked a cigarette before they shook hands with you? Several years ago I went for a dental X-ray in a clinic set up in a house. The technician thrust the tiny piece of film inside my mouth and as the edges dug into my jaw, her fingers reeking of garlic stung my gums, my eyes watered and my throat let out a squeaky protest. I am sure she had not washed her hands before she left the kitchen.

I am told a bar of soap is the old fashioned way of washing hands. The safer more hygienic way is liquid soap in a squirt bottle.  Of course, the squirt is better because you do not touch the nozzle. Yet, the two doctors I checked with said a bar is no less clean and safe. It keeps dissolving so the next person is not washing his hands in your germs. The detergents in liquid soap might even be stronger so that a drop is enough, but that can be harsher on your skin. And companies which sell both bar and liquid soap with the same name do not ever try to tell you that their own bar is inferior to their liquid product.

Sanitizers, we are told, are a healthier option. But does everyone use enough amount to wet the whole hand? It is convenient to carry small bottles when going out, take a couple of drops of the perfumed liquid in palm, rub it on the palms which makes me wonder if the hands have indeed been touched by the liquid.

Some years ago a pranic healing practitioner had insisted on an alternative sanitizer made of 1/3 volume each of vodka, rose water and water. She, however, did not appreciate my remark that vodka has better uses and should be replaced by the cheaper option of soap.

To give credit where it is due, people as a rule wash their hands before saying their prayers, though not with soap necessarily.As Dr Internet has said– Wash your hands and say your prayers because God and germs are everywhere.

Maybe post-COVID times on this planet would see more hand washing or would they just be forgotten meme 2020 resume se missing hai kyonki hum sirf sabun se haath dho rahe they. (The year 2020 is missing from my resume because I was merely washing hands with soap.) and then wash them only on the Global Handwashing Day (October 15).